It has been a week since my first hike and I have been feeling low. I want to see the outdoors. Thankfully my friends from nearby companies (most of them were my schoolmates from college) invited me for a light trek. I got pretty excited and without hesitation blocked my Saturday.

Most of us reside in Lapu-Lapu and Mandaue, so instead of meeting up at North Bus Terminal, we decided to meet at a Total gasoline station near the Marcelo Fernan Bridge. Ten minutes prior to agreed time, six in the morning, I arrived. First at the assembly site. Fueled only by coffee, I decided to eat breakfast while waiting for the ladies. One by one, the girls arrived, and we left an hour later. We hopped on a bus to Carmen public market and bought lunch. We hailed two motorcycles to take us to the jump off point.

Seriously, it was probably the most difficult part of the entire day, holding on for dear life. I was falling off the end of the motorcycle when I asked my friend if we could exchange seats. She gladly obliged. She was clearly more adept in riding motorcycles. By the time I was in between the driver and my friend, it certainly was easier for me. However,  I spoke too quickly. As we passed by this narrow (only a single car or vehicle can fit), uphill and bumpy road suddenly the motorcycle was unsteady. My friend and I suddenly slid down to the right of the motorcycle; in an instant I grabbed the driver. He slightly jumped, I guess he was kind of shocked with the contact. I am sorry Sir if I grabbed you too tightly. We passed by farms and fields filled with cows and horses. Our driver became our guide, advertising the soon to be opened Safari. I asked if there are giraffes, he said the giraffes are already there. We really need to visit.

It does not look like I overpacked right? But I did.

We arrived at Barangay Santican, the jump-off point, with numb legs and butt. We had two kids as our guide. Yes kids! They were around 10 to 12 years old. All of the older guides were already on the way to Mount Mago since a lot of hikers came yesterday. The trail was manageable but completely open. There were no trees for shade and it was a sunny day which made us all tired after thirty minutes. Due to my first trek, I decided to bring two liters of water since I always get thirsty. I also packed on some fruit jelly. I was always a fan of fruit jelly. My  four-year old niece and I would usually sit and watch cartoons together and eat our way through the entire pack. (Yes, a thirty year old can enjoy cartoons and jellies too). The jelly gave us a sudden boost to continue treading on.

Frequent stop over and water breaks due to the heat.

We climbed hills and hills. Enjoying the scenery of greens and blues. Finally far from the bustle of the city. Every once in a while we asked our guide if  that would be the last hill. They were probably worn out from the same questions and the breaks we need to take ever so frequently. At past ten, we decided to take an early lunch. We shared our lunch with our guides under the shade of the only tree we saw near the trail. As soon as we had our fill, we decided to continue our trek.

Lunch will be served under this tree. The only tree near the trail that is.

Finally arriving at the  famous boundary marker of Tuburan-Danao-Carmen. If you know the movie, A Walk to Remember, about a terminally ill girl who had her wish list granted by this hot and popular dude which includes being at two places at once. (Did I mention they love each other too?) Yep, I think we won over the movie. That’s three places at once. Well yes she had a Shane West to do it for her but then again I have the ladies with me.

Shane West got nothing on my girls.

We took pictures and lots of them. We were still lying around next to the boundary marker talking and facing the bluest sky when suddenly something sounded. They said it was a snake. We bolted right up and started the trek back to the jump off point. Snakes can clearly make us work double time. On our way back, I was animatedly chattering away with my sister from my beloved society when we realized that we were separated from the others. We came to a forked path which we cannot remember passing by. We tried calling their names, but no reply. Our atmosphere turned grim in a heartbeat. We took note of that red mark on the tree. In case it is the wrong path, we’d go back and try the other way. I am relieved my instinct did not fail me this time. 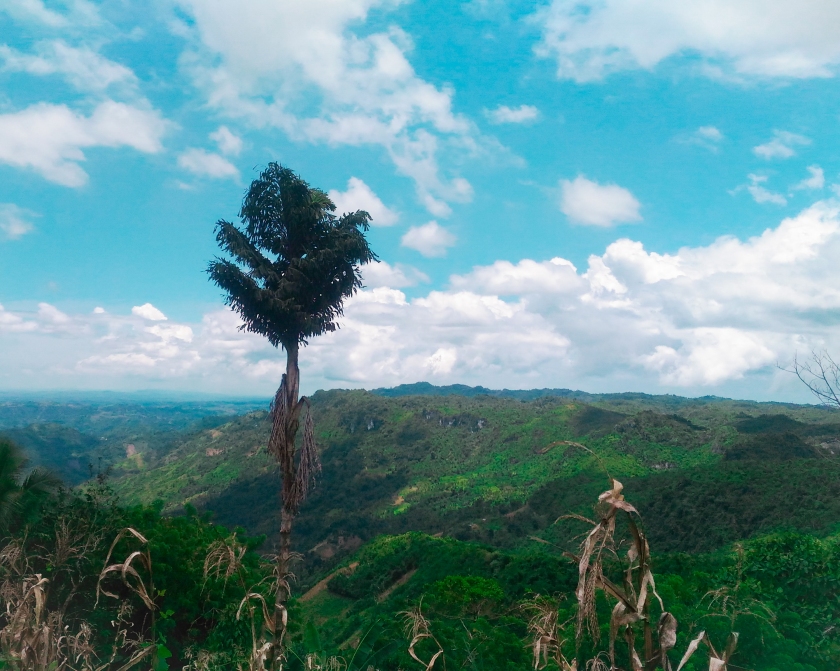 Definitely our Mount Mago trip is one for the books.

After that sweaty trek we decided to cool down at Durano Ecofarm and Spring Resort. The water was ice-cold. I was freezing. But the cold did not hinder us from playing in the water. We went to Our Lady of Manaoag Church and offered prayers. It unexpectedly rained so hard that we decided to attend the mass before making our way back to Carmen’s public market. As we sat silently in the bus to take us home, tired and beat from the day’s adventures and misadventures. But nevertheless a trip that’s truly one for the books.